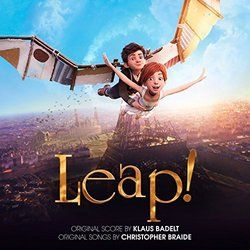 As the journalists at Quartz, AR specialist company, Magic Leap, is being resurrected. This fact applies not only to marketing claims about the company’s return to greatness, as the release of the new ML2 headset may actually put the competition on the back foot.

Our vision is a world where the physical and the digital are one, reads the magicleap website.com. Immersion is something that stands on a much deeper level with this company than Snapchat’s or Google’s previous toys. The company has set as its mission to enhance the experience of reality by augmenting it with the right platform so that in the physical world, people can interact with digital. People can intuitively see, hear and touch digital content, brand assures us.

Magic Leap’s activities are partly part of a new iteration of the Internet called Web3.0, which is supposed to be based mainly on blockchain and decentralized transmission network, but the issue also includes distributed ecosystems and huge amounts of data processed thanks to ever-increasing network bandwidth. With 5G, AR and VR technologies have a chance to thaw. This is also the moment the company, which four years ago suffered a lot of financial and image problems after the release of the first-generation Magic Leap, which did not survive the test of hype, was waiting for. The company fiddled with 3D, blockchain, gaming, entertainment and anything else that popped into its head, which ultimately destroyed the project. The Protocol speculated in 2020 that the company may not get back on its feet unless it redefines its product and undergoes a deep operational transformation.

The company then gained a new CEO, Peggy Johnson, who took up the gauntlet..

Since Johnson has been at the helm of Magic Leap, she has taken massive measures to change the company’s operations and re-engineer it to enter the corporate market with its products. Not without layoffs and changes in structure. Magic Leap’s CEO already announced last year that some customers are already testing a new version of the headset, which will be released in 2022. – This investment is an important step in Magic Leap’s mission to change the way we work – said Johnson – since I joined Magic Leap in 2020, I’ve been focused on accelerating the company’s transition to the enterprise market, strengthening our technology foundation, and building a strong business in sectors ranging from healthcare and manufacturing to defense and the public sector. With the continued support of our existing investors, Magic Leap will have the financial flexibility and resources needed to continue our growth trajectory as we develop our industry-leading AR technology. – proudly announced on CNBC (read Venturebeat). This would not have been possible without the support of investors, who, probably having seen the results of the team’s work, did not remain indifferent to its achievements.

New to the Magic Leap AR stable, like its big brother in the series, it features a handheld controller for internal tracking. This makes it possible to manipulate objects without physically waving your hands. It allows for comfort when interacting with digital objects. A portable computer, resembling a camera bag, is used for power. Battery life is now 3.5 hours compared to two hours in the previous release. Nine of the cameras offer twice the field of view and react to images in real time.Two on the handheld controller and four that track eye movement. The hand controller also uses infrared sensors to track hand movement. Four of the cameras are responsible for tracking eye movements and are located inside the goggles. Two are located on the controller, which is also equipped with infrared sensors, which increases sensitivity to hand movements. The hardware is also equipped with a better processor.

The new iteration of the second-generation Magic Leap headset is an AR goggle that has some interesting features. The dimming capability, however, is considered the most interesting, taking the experience from typical AR hardware to a VR experience, but one step at a time. Dimming feature allows users to dim the background of their environment. This procedure allows for higher contrast of digital graphics which significantly improves their visibility. The objects can also be set with appropriate transparency, so that you can see through objects. Dimming improves visibility in bright rooms and increases readability of graphics, even in sunlight, which could come in handy for field use. The feature also gives you the ability to selectively choose the space you want to dim. The process is regulated by sliders that the user, meanwhile, operates with his or her fingers. Spherical dimming allows the AR effect to be created into a VR effect, which could make it a vijar technology as well. The mode has three phases: global, controlled by users; automatic, reactive to light; and dynamic, allowing just any area to be darkened, allowing objects to stand out.

ML2 is, after all, a headset whose lenses provide us with fun, but to immerse us in the experience it should be able to truly engage more of our senses. It turns out that the surround sound has also been refined in the new version, which even took direction. This means that in a virtual board meeting, when the sound of a loaded avatar comes from the character on the left, we’ll be able to hear it better when we tilt our ears towards it. The technology makes it possible to locate sound in space, i.e. not only in certain directions, left, right, up, down, but also near and far.

The aforementioned Protocol article exposed overt problems with the company’s location in Florida, which severely limited its ability to build the developer base needed to succeed when competing with the huge Silicon Valley molochs.

Computerworld service points out that using an open source operating system is a brilliant way out. The OS used by Magic Leap is based on Android Open Source Project, which is maintained by Google itself. AR can count on its openness to encourage the development of work on an increasingly robust ecosystem of enterprise developers. What’s more, it’s not a proprietary system, so it can achieve greater business favor in terms of adoption. In contrast, the example of Apple is given, which reserves the rights to even the smallest letter in its designs and strictly prices the results of its paperwork productivity.

Magic Leap 2 is not a scam!

Dimming is already limited to functionality in hardware, not methods of running a business. Peggy Johnson already had experience at Microsoft, which was working on its Holo Lens. ML CEO is very aware of the fragility of trends and how bragging can drastically verify real business value. Learning from the mistakes of his predecessor managing the company he now has in charge, he has consistently failed to proclaim ML2 with VR glasses or storm the headset as the new key to the metaverse. Of course, the CEO talks about the possible development and potential of his technology in these areas, but modestly, without fanfare. In addition to the fate of the ex-CEO, Peggy Johnson has the Magic Leap past before her, which she clearly does not want to repeat, so she focuses on the priority of adapting product conditions to win corporate customers. For consumer use, for ejar laymen these technologies will not be made available. In the future, if the metaverse continues to grow, Peggy would like to see Florida-based headsets play a role in the process as well. – For now, we focus on delivering what we say we deliver – is clearly expressed by the head of ML. Technology is supposed to serve healthcare, manufacturing, and uniformed services.