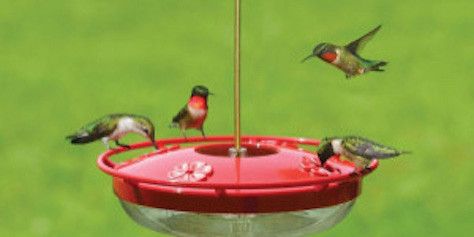 Ten reasons why you should delete your social media accounts immediately!

"You have a smartphone? You live in a cage. You are under constant surveillance. Your every move is tracked, evaluated and analyzed. You're constantly receiving crafted material. Step by step you are controlled by algorithms of engineers you don't know and pushed to actions whose goals you don't know. You are slowly becoming a trained animal, remotely controlled by big corporations. And you have no idea who will use the power gained in this way, or how. It sounds awful? It gets worse: it all happens with your permission!" – this is the description of a new position published by Helion.

Recently, I came across the production of a channel on youtube, which deals with social media and their negative impact on our well-being and psycho-somatic condition. It was a film by the Absurd Man channel. Unfortunately, due to limited time, I didn't get to see this video to the end. I forgot about that. Last night while walking through Helion's online bookstore I saw a book with a cat on the cover. It turned out to be a dazzle, and there are no coincidences in life. "Ten reasons why you should delete your social media accounts immediately" – oh yeah, I thought, I take it! We love social media, but the glitters and shadows shroud every aspect of our reality. Contrary to popular belief, knowledge does not hurt, but awareness helps!

Give up the things that take you away from real life!

Although the rhetoric used here, as above, about training us like animals through algorithms, why there's a pleasant cat in black on the cover? This is not accidental, to say the least – cats are true individuals who walk their paths. The book tries, therefore, on a symbolic and literal – substantive level, to reason with the present society. Personally, I feel like Neo in The Matrix when choosing between blue and red capsules. Living in the Matrix, or getting out of it? – we can all be choosers. We all have free will – we just need to see it!

The author recommends, not prescribes!

This is an enjoyable element of this book. People don't like categorizations and imperatives, especially on our editorial board. The author says: It is your right and your own decision – as a cat.

In presenting the ten arguments, I discuss some of the ways you could consider your situation to decide what would be best for you. But the final word is yours. – we like this statement very much. The public is used to thinking for themselves, it's time to show them that they are responsible for their choices, which is partly, maybe even mainly what this post is about.

Preface from March three years ago, and still relevant

In a note from the author, we will be informed that this book was primarily written during the last months of 2017. The explosive events of the following year proved highly relevant to her message. The manuscript was ready when revelations of the Cambridge Analytica scandal sparked a sudden grassroots movement to delete Facebook accounts.

In the text, the author also presents the dilemmas of users. From those defending social media, to people with addictions, to those suffering from displacement syndrome or an unbounded devotion to the rightness of the regulation and action of the state apparatus against even social media. The author laments that so few celebrities took part in the protest against social media, accusing them of lacking courage and, between the lines, of being unable to lose profits.

The author is aware of the workings of the system, about which he makes a rational statement – not all of us genuinely have the privilege of opting out. People who work in social media, for example, even have a contraindication for such an act. Mr. Lanier admonishes that the fact that others are in this system does not excuse us or help them at all. Everyone is devalued by our social media presence. Jaron Lanier is proof in itself of the possibility of a real and media existence, albeit one devoid of the world of Facebook and the rest. Those of us who have other options must take advantage of them, or they will remain purely theoretical.

– Business follows money, so those who have opportunities also have power and responsibility. You, you and you again have the responsibility to chart and show the ways towards how to live without all the crap that is destroying our society. For the moment resignation is the only way to learn what we can replace the fruits of our great mistake – says the author of the new book.

Who is the author?

Jaron Lanier is primarily a scientist. He is passionate about the music he makes and is a well-known writer. He is best known for his work on virtual reality and his advocacy for humanism and sustainable economics in the context of the digital world.

In the 1980s, his company VPL Research created the first commercial VR products and introduced avatars, multiplayer virtual world experiences, and solutions that predate the creation of large-scale VR applications such as surgery simulations used by surgeons. His book Who Owns the Future? and You Are Not a Gadget were international bestsellers, and Dawn of the New Everything was named a 2017 best book by the Wall Street Journal, Economist, and Vox.

A new book published by Helion is worth reading?

As it turns out, the book only came out three days ago – on the 19th.10.2021. That explains why it hasn't fallen into our greedy mobile hands before. Content-wise, it is bound to be interesting, especially after realizing what an interesting person we are dealing with, at the time of reading. MobileTrends editors highly appreciate Mr. Lanier.

Thanks to this book we can learn new facts or consolidate some known beliefs. Certainly, reading will not harm us, as opposed to being too lenient with social media applications. Learning about the risks, the existence of algorithms and their impact on our behavior, and the true motivations of corporations themselves can be helpful in assessing the risks of having an account with them. The last word is still yours – as Jaron Lanier says.