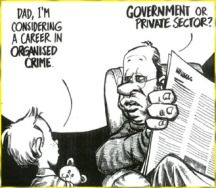 Drastic restrictions for the young in China or a fight against corporations in the tech sector?

With the end of August b.r. The authorities in the Middle Kingdom have announced new regulations. These are to restrict Chinese under 18.ż. the possibility of playing computer games. The limit is set to max. three hours a week. Internet users are in an uproar, but also the stock exchange was not indifferent to this fact.

As reported by the Chinese agency Xinhua, the Chinese government, concerned about the youth of its country, decided to take care of their spiritual existence. To this end, the National Press and Publications Administration has decided to impose restrictions on minors so that they can play only one hour a day. Additionally, the regulation specifies that they can only do so on Fridays, Saturdays, Sundays and holidays from 8pm to 9pm. Until now, minors have been allowed to spend up to three hours a day on online gaming on holidays and an hour and a half a day on other days. Online gaming companies will be categorically banned from making any game available to anyone under 18. any game from Monday to Thursday and outside of certain hours. They will also be obliged to thoroughly verify the names of all their users.

What the Chinese media say about this?

According to People’s Daily magazine, authorities must be ruthless when it comes to protecting their kids from the growing addiction to being online. The same, periodical apparently favors the ruling Communist Party, arguing for the necessity of the new rules, adding the argument that the games have an impact on the weakening of learning and a significant decrease in the physical and mental resilience of Chinese children and teenagers.

The young generation has voiced its opposition to the new law. On Weibo, which is the Chinese equivalent of our Twitter we could read a lot of posts decrying politicians for their decision. Following Reuters you can point to e.g. such comments: