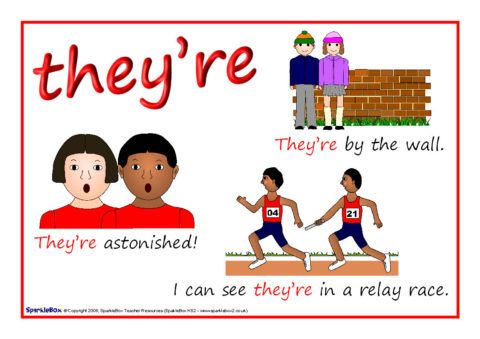 Young generation is now entering the job market. What are their values, what guides them in choosing a career path and which companies will be their priority? IT job portal, RocketJobs.pl, decided to show us what the Zet generation thinks.

According to a survey by „Workmonitor” company Randstad cited by portal money.pl, as much as 28%. Millenials and 32% of. people from generation Z are currently looking for work. For employers, this must be good news, in the face of a shortage of staff, but they face a major shock. It appears that for young people, those who previously enjoyed authority due to their high position in the company will have to get used to not being impressed by it. The newer generation will not allow themselves to be abused or misbehave in the workplace, because work is no longer as valuable to them as it was for previous generations. The youngest in the job market would rather remain cheerful as a job seeker than suffer the agony of a company that doesn’t match their expectations, and more than half of Zetas and millenials would sooner leave their jobs than give up their personal lives for it.

In a word of introduction, Rocket Jobs writes about himself as the job portal of the future. The website has its roots in Just Join IT from Gdańsk, Poland. For 4 years now, it has been helping most professionals with digital competences find a job. The portal’s managers aim to develop themselves, their companies and their employees. At Rocketspace.pl we can find information about the rising stars of the labour market, i.e. generation Z.

When talking about zetas, you usually mean people who are currently no more than 27 years old. It is estimated that they make up to six million people. The ubiquitous availability of the digital world, quiet times of prosperity and a less stressful upbringing have influenced a very different approach to life and work for these people than was observed in times gone by.

RocketJobs.pl and Gazeta.pl conducted a social campaign for employers, in which, by means of a series of videos, representatives of the youngest adults express themselves on issues related to work in the context of values and life activities. In addition to footage, on the portal we could find an ad with an application for The Head or Headmistress of Generation Z. In it, we see that Zetas want to be valued, supported, courageous, creative, and engaged.

– This campaign is a celebration of the values that underpin the RocketJobs brand.pl – a modern approach to work, diversity and inclusivity among employees – said Artur Leśniak, Marketing Manager of RocketJobs.en.

The marketing department of Rocket Jobs is responsible for the conceptual layer of the campaign, the production of the spot is the responsibility of F25 production house, and the director of the videos is Mikołaj Sadowski, co-founder of the advertising film agency 180heartbeats. All videos are available on the Rocket Jobs YouTube channel.

In the video, we are introduced to real heroes who tell us what they think in terms of employment. The first material deals with the fact that for young people work-life balance is particularly important and no one has the right to violate it. Representatives of the mature youth do not understand how they can disrespect their time outside work and see a clear distinction between exploitation and paid overtime.

For young people, the idea of an internship should carry a value that truly educates and prepares for work, while at the same time showing goodwill and respect from the employer by paying a salary, during its duration.

One of the characters also drew attention to mental health and its role in personal and professional life. She wonders why mental illnesses are downplayed, when they can be just as destructive as the other illnesses they suffer from, and which dismiss them from doing their jobs until they are cured, or at least in theory. The rest of the characters agree that work should be a friendly place, full of empathy and support. – I wish I had that kind of relationship with my employer so that I felt appreciated. When I know I did a good job, he’ll say to me: Great, thank you, it’s good that you’re here! – says one of the girls.

Zet also notes that college is not necessarily fulfilling the role it used to. One of the eloquent speakers expressed her concern that although she would not like to be operated on by a surgeon who does not have the appropriate knowledge and qualifications, everyone agrees that these days it is skill and passion that counts. CVs and experience can always develop in the course of activities based on authentic decisions resulting from real passions and interests.

For them, studying is, for the most part, a waste of time, especially if you do it because of compulsion and not because of your own desire.

Lesson 3 – gender does not matter!

Generation Z mostly sees equality between people and wants to see attention paid to personality, and in the workplace to professionalism and skills – not to the gender to which one belongs.

Young women do not want to feel that they are being treated as objects, nor do they want to hear depreciating opinions, just because they are women. Generation Z men, on the other hand, do not pay attention to stereotypes and do not share the patriarchal dictates of the respective professions.

From the confessions of Generation Z women comes the conclusion that, unfortunately, discriminatory behavior towards women still occurs in the workplace. Survey findings The “Gender Gap in Poland” showed in 2020, that 42.6% of Polish women encountered a reduction of professional competences at work because of their gender . The heroines say they’d like to live to see the days when women feel as confident in their jobs as men do. One of them said that she would rather go to a boss who is a woman with a problem, and another went even a step further. I hope that one day we will be governed by a woman, smiling, says one of the characters in the video.

Lesson 4 – Non-heteros are ok too!

Zetas also dislike intolerant environments for sexual or any other minority. Women are clear, yet calm, about a safe workplace and the employer’s obligation to provide it. GenZ wants a workplace atmosphere full of kindness, respect and treating each other equally. One man declared that he would stand up for someone who was offended because of his orientation. Another man, on the other hand, confessed that a good solution would be to implement anti-discrimination workshops to make all employees aware of equality and tolerance.

Generation Z sees no reason for prejudice and discrimination, especially on the basis of religion, skin color or sexual orientation and would not feel comfortable in a place with such an atmosphere, even if they were not victims themselves. Marketing at Coffee also cites Poland’s last position among EU countries in the ILGA Europe ranking, which assesses equal treatment of LGBT+3 people. This is also confirmed by the characters in the film, however, they see improvements in this matter and express hope that in the future it will be completely different.

Are you ready for Z-evolution?

Brands will have to change a lot in their current approach – both to the organization of work and the employees themselves. Generation Z will soon make up the bulk of the workforce, and as we’ve seen, they “can’t be bothered”. Moreover, the representatives of the younger generation would like to work for entrepreneurs who have a specific goal and an ideological mission in line with their views. Returning to the Randstad survey „Workmonitor” almost half of them without a second thought would not take up cooperation with a company that does not meet their social and environmental expectations. Companies will have to change their policies and priorities if they want to maintain their capacity and market position.

Zetas may be attracted by flexible working hours, health care, perspectives of professional development and the possibility of remote work. The data is representative, as it was collected from a sample of 35,000 employees in 34 markets.

Many of those currently managing the market may say that the attitude of young people is demanding and ridiculous. However, they will be the ones to dictate the terms now, due to their size and the natural order of things. The old have always complained about the young, and the young have always had trouble getting along with older generations. However, GenZ looks forward, moderately and creatively to the surrounding reality and will surely be a great asset to any company. Especially since the target audience of most companies is slowly becoming a person from this generation, so who will understand it better? According to Entrepreneur’s Guidebook, GenZ is especially predestined for new technologies, networks, e-marketing and public relations. Are you ready for the Z-evolution??