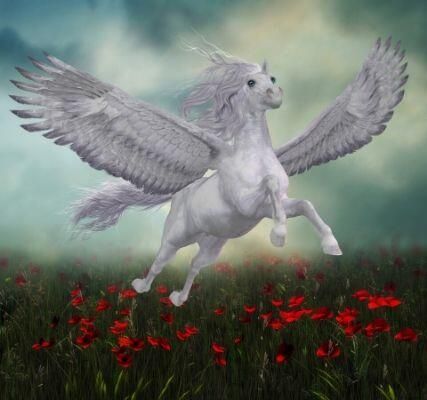 Pegasus 2.0 in the hands of FBI, while Poles have surveillance embargo

The Pegasus NSO spyware has been extended by the U.S. service as part of its operations. However, the events surrounding the spyware company raise questions and doubts, especially after the situation that took place in Poland. In contrast, it is worth mentioning that the government of our country has not received permission to license Pegasus NSO services.

NSO and the Pegasus system

– We work to save lives and create a better, safer world.- we read on the NSO website. Niv, Shalev and Omri Group Technologies is an Israeli technology company specializing in cyberweapons, whose clients include governments of countries permitted to have the appropriate license. Company-developed software is explicitly defined as a weapon under Israeli law and classification, so customers must meet appropriate standards to gain possession of it. Ultimately, the company’s products help fight terrorism and crime, the most famous of which is oprohe Pegasus spyware is particularly known in Poland, but not only. There is a public debate about it in the US, and Hungary is also struggling with the consequences of its policy. Like Poland, Orban will not obtain a license for the new version of Pegasus, unlike the Americans.

As reported by cyfrowa.rp.pl in 2018, the CitizenLab organization published a report that listed operators from countries where online users have been subjected to Pegasus surveillance. Unfortunately, there were also networks from Poland. Internal Security Agency denied that it had purchased the spyware system. Already at that time there were rumors about potential eavesdropping on representatives of public institutions sitting on stools that were in opposition to the government. Government authorities have not confirmed the use of this spyware. This gave rise to the creation on January 12, 2022 of an extraordinary senate committee on wiretapping. illegal surveillance.

The NSO company and its software are a subject of debate not only on the Polish public scene. According to the findings of Deutsche Welle, there were up to 300 people under surveillance in Hungary, including journalists, lawyers, politicians and their supporters, businessmen, and the former minister himself. At this point, six six victims in Hungary, including Szabolcs Panyi, are taking legal action against the Hungarian state. The judicial events will culminate before Hungarian courts and the NAIH data protection authority, and in Israel before the General Prosecutor’s Office.

The situation is different in the U.S., although similar. Journalists at The Verge describe it as a company beset by controversy, lawsuits and reports of government abuse. Last year, after the first reports came out, NSO went into turbulence mode. The company has been blacklisted by the U.S. government, making it severely difficult to do business with tech in the United States. The program has also been linked to the murder of journalist Jamal Khashoggi, the hacking of U.S. State Department phones and political surveillance in Poland. Apple has also joined the counter-pipeline action. A company that claims to have the world’s most secure system sued NSO Group for attacking iPhones’s. The result of all these events was the resignation of Asher Levi as president.

Pegasus is malware, undetectable to users of the device. It specifically targets cell phones on which it can launch a targeted attack. Pegasus is able to infect even iPhones’y. Although the company with the bitten apple logo assures that the system is kept up to date and a proper iOS update will efficiently get rid of the security vulnerabilities. This is important because these are the success factors of software installations. Pegasus is particularly dangerous from this angle., because it does not require user intervention. The zero-click attack is an exploit that allows infection without clicking or pressing the required sequences, as in a traditional hacking attack.Pegasus can access and collect all of our photos, messages, notes, passwords, including for Gmail, Facebook and more, and has continuous access to the device’s camera feed. It then sends this information to whoever is behind the attack.

Poland will not be a beneficiary of spyware’s

Poland and Hungary, while previously on the list, have now been removed from it. Saudi Arabia, Morocco, Mexico and the United Arab Emirates also got a spy ban, which looks archaic in the context of the balance of international power favoring American interests.

What the Americans can do, the rest of the world can’t..

The mere fact of unfavorable opinion for the software does not prevent the Federal Bureau of Investigation from deploying the latest version of spyware. The Washington Post reported that the agency has licensed and tested the capabilities of the new Pegasus. The FBI has denied any use of the program to support investigations, but reports indicate that the agency along with the Department of Justice have discussed potential uses. The FBI decided to confirm these facts in the face of an investigation by The New York Times, which published an extensive report in late January about the FBI’s relationship with NSO. According to The Post, on the other hand, the FBI is not only spying on foreign SIMs, and with the use of Phantom it can surveillance its own citizens.

A total surveillance program in the hands of people who want to stay in power at all costs does not sound very beneficial to citizens. The use of such programs raises a lot of emotions, and even the mere rumor of having one can tangibly affect the behavior of those at risk of infection. How Americans are using the system and whether Poland will still get a license for the horse with wings? Time will tell.