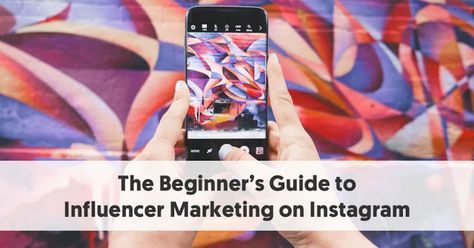 How to start cooperating with an influencer?

As reported by IAB Poland in accordance with Nielsen, the global influencer marketing market is expected to grow to as much as $15 billion by the end of next year. The association notes that in Poland there is no clear data that reports expenditures within this segment, but based on global trends it is estimated that for 2020 it was about. PLN 100 million. This market is growing very fast, which must result in an increase in its value and the appearance of future analyses. Due to the novelty of this segment, however, it is not as shaped as other marketing disciplines and can have a number of negative consequences for marketers, audiences and creators. The Association is not, however, on the side of legislation and mixing political aspects into it. It advocates the self-regulatory influence of internal companies operating in this field, which has resulted in the emergence of Working Group of Influencer Marketing IAB Poland.

The first affect of the group’s action is a self-regulatory document listing good practices for working with influencers. The document details the aspects of both the client, the agency and the opinion leader himself. It raises questions about the characteristics of people engaged in this type of activity, what this activity actually is, what attitude and knowledge should characterize their clients and how to draw up a brief and measure the effectiveness of such activities.

Who is an Influencer?

This term is used for people who, as a result of their activity, are able to attract a loyal audience, who often even unconsciously recognize a given individual as an authority in a given field. The IAB rightly points out that influencers are not celebrities, or at least not all of them. There are different types of scales on which people who have even a few hundred community can be a valuable asset for advertising purposes. It all depends on the specifics of your target audience and the product you want to offer them. Influencer is what a few years ago was called an opinion leader – only the channel of transmission, its form and the recipients of this content themselves have changed.

What is influencer marketing?

Influencer marketing is a simple thing to translate from its very name. This is the segment of marketing, based on influencers who, through their reach in the media, most often social media, are able to conduct advertising, branding and drunkard activities on behalf of brands and their products and services. The trust and affection that influencers have for their community arouses admiration among advertising entities and envy among the influencer competition, which is particularly evident on Polish YouTube, where creators are constantly belittling each other and their achievements, while the so-called “influencers” are often seen as a threat to their own success. dramas have no end. Many brands decide not to cooperate for this very reason, because they are not convinced about entrusting their brand in the hands of a particular person. You have to be aware of that, but influencer marketing is people and they have their moods, hard days, make mistakes or change fronts in the rhetoric of their statements, which even with a huge reach can effectively deter any major brand.

The main thing that should distinguish each future influencer’s client is awareness. Being aware that this is not a structured type of cooperation and that it is not suitable for every activity. The client should also be aware of the fact that the human factor, which prevails in the form of acct, is unpredictable in the effects of both current advertising and future image.

The use of influencers can bring great financial results, but temporary profit should not be the reason behind a particular choice.

Quite a big echo reverberated the Zabka’s affair with Wiola known under the Instagram nickname @frogshoposting, stealing the logo of the French artist by the biggest Polish inlfuncer Wersow, accusations against twitch streamer Mandzia for smoking marijuana and problematic relationship with his ex-girlfriend or the continuous promotion of products sold by fraudsters, which Sylwester Wardęga is trying to fight. Wardędze, on the other hand, is trying to be labeled as a heathen and sexist, and the most emotionally arousing crew recently gave a hell with their antics, which did not appeal to even the most loyal fans, and malicious would say that almost worshippers. The icing on the cake is the figure of Łukasz W, known under the nickname Kamerzysta, who stood trial for his harmful activity on the Internet.

Admittedly, most people will find these situations funny and unworthy of attention, but the fact is that they will remain in the memory, in which they will build layers of association. Serious brands will not want their logo associated with such activities alongside the names of their creators.

Of course we cannot lump everyone together or be guided by fear, which will limit our marketing strategy – it is all a matter of approach and security!

How to choose an Influencer to cooperate with?

This is the most serious part of the task and the most demanding. First ask yourself what is your goal and what do you want to achieve through such cooperation. The choice of opinion leader must be preceded by a good research of the content and opinions that this person presents. You should also get acquainted with your own brand. This means no more and no less than matching our brand, our mission and the intended purpose of the campaign to the person we want to choose. Once you are sure about the influencer whom you want to entrust with an important strategic task, which is the presentation of your product, you should scan his/her reach. An important guideline is not to be guided by the number of followers, but by the monthly average number of views of the materials of a given creator.

Subscriptions or the number of viewers are a sign of recognition, but it is the average number of views in recent months that determines the current popularity of a creator. In campaigns run on the profiles or channels of influencers calculated on organic results, a more important factor in the selection should be the current or average number of impressions” – reads the Influencer Marketing Working Group document.

This step is the most important in the whole process because if it is not taken into account it may result in negative consequences for all three parties. Mismatching the communication with the style and content of the creator may result in fewer views of the material, which in turn means money sunk in the mud for the institution, but also a negative image perception. For the influencer, this may result in negative feedback from followers and, in extreme cases, even leaving the influencer, but there is also a third side to the communication – the audience. It is, or at least it should be, the most important group in this arrangement, who will not only remember our product badly, feel frustrated towards their favourite creator but will also be plagued by dissatisfaction, which is not desired by any of the participants of the communication.

According to the Association of Internet Industry Employers, in most cases, we cannot expect specific KPIs. The effects of the campaign should be estimated at approximately 30 percent. If you don’t get the results you want, you can make a deal with the influencer or the agency that hires them to do additional promotional activities unless the poor results are clearly out of their control. The client should ask for an initial concept of the material or a framework scenario. Before launching a marketing campaign, it is also worth asking for suggestions from influencers themselves, who are much more familiar with their own community than companies.

It is important that the influencer does not feel uncomfortable working with us and that we do not impose a work mode on them. Influencers are already used to broadcast modes, so there should be no need to force a different type of action. Do not make the product the main character of the material, as this is not well received by the audience. If it is to be shown, it should be delivered to influencers early enough for them to get acquainted with its operation and specifics. Moreover, all activities must be legal and sponsored materials should be marked with a relevant clause by the creator so that recipients have no doubts about it. Everything should be included in the document describing the cooperation order, which we call a brief.

Influencer should respect the advertising goals of their client without compromising the integrity of their work and the content created.

Influencers should submit their work for approval before uploading it to their social media profiles, and any changes should be reported well in advance so that they can be reviewed and confirmed or rejected.

Both, the influencer and the client, have the right to talk about possible corrections, conflict resolution and resignation from the contract in case of blatant insubordination on one side. Influencer must also expect a fine for not fulfilling his orders.

Influencers are required to comply with civil, criminal, property, copyright, and press laws, as well as the provisions of the agreement signed with the client, which may also include confidentiality of cooperation and its principles, which is usually annexed to the NDA document.

It is up to the client or agency to decide whether or not to include or exclude advertising in their content, and if they wish to be present at the creation of the content, they must be allowed to do so at their own expense and risk.

Influencer should be able to report their activities and be able to share the results of their work for which they are to be paid.

Sponsored content should not interfere with other content on the platform, you should not promote conflicting brand interests, and you should not broadcast multiple sponsors on the same day.

Failure to fulfill the provisions of the agreement can result in penalties imposed by the agency or the client. The amount of the penalty should absolutely always be set beforehand and written in the contract, so that such a paragraph can be appealed.

Is it worthwhile to work with influencers??

The dynamics and type of such cooperation can be like flying in the clouds. However, at any moment we may wake up to find that our father is Daedalus, and our wings suddenly melt and we are about to drown in the ocean. Cooperation with influencers is a tough piece of bread, but if conducted in the right way, it can bring huge benefits to both sides of the communication.