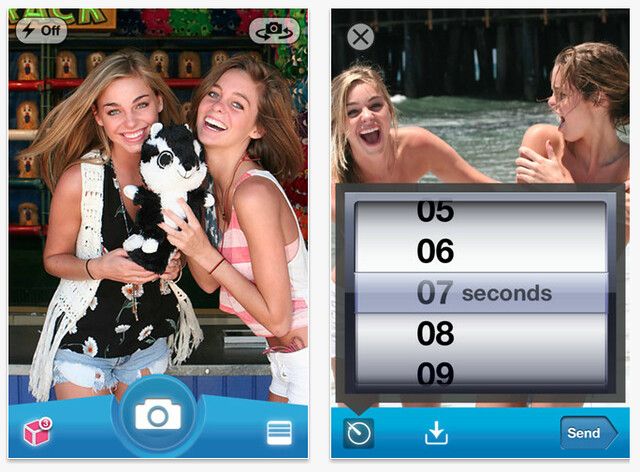 Spectacles tests were launched in early December. This time in AR version. Snapchat decided to get ahead of the competition and create a solution that enhances the user experience in the digital reality experience. What we can count on in the new snap-goggles and what Lens Studio has to do with it?

As we read on Protocol, the Snapchat app team celebrated at Lens Fest, bragging about implementing new augmented reality software for Spectacles AR. More astute observers of technology news are aware that these are not the first Spectacles we have to deal with. Snap Spectacles, as reported by spidersweb.pl, is the first hardware’ory product in the Snapchat app makers’ portfolio.

The concept of glasses, in fashion version with a built-in wide-angle camera and the ability to send an image directly to a social media app, and from the perspective of the person seeing it! It seemed to be a hit, and yet nothing spectacular happened.

No version of Spectacles has had much success so far. The first versions were aimed at consumers i influencers and were created first with Snapchat in mind, then other platforms, but now smart.pl mentions the fourth generation of the device, which is Snap Spectacles 4.0, which it calls “more serious AR”.

Glasses with screens in front of their eyes require a completely different approach to design and use. Editors, rightly so, note that this is the final bell to enter the technology race in this field.

What the developers learned while working on AR?

Bobby Murphy responds that the team feels excited. As a young team – in this technology, and having a mass of ideas and visions to use it, even in a world possible to see only in 10 years – sounds quite enthusiastic. The state of excitement can translate into design results.

Second, Murphy emphasizes that engineers are learning a lot in the process. The process of implementing tech, imagination, creativity and programming provides an opportunity to dive into the concept in a way probably unknown to other developers. For now, the team is designing the entry and navigation of the experience in a non-mobile format. – All work, imagination and creativity help them design around these problems. – claims Snap CTO.

What developers learned with earlier versions of Spectacles?

Although the first versions did not turn out to be a sales hit, they became more than just a product. Murphy argues that they served as a great research tool, at least that’s how it appears now. Was this the main goal of the team, which wrote themselves millions of dollars in losses on the projects? Doubtful, yet there’s no denying that the actual data collected so far could benefit further engineering work. Snap CTO argues that the team draws from the experience of having any technology on its face, even something as basic as a simple camera. Lessons and insights from customers and process observers are meant to help make better and more optimized design decisions. More importantly, the user community shared what they would expect from such products and what tasks they see for such devices in their daily lives.

AR technology is becoming a priority for Snapchat, so any insights are worth their weight in gold, especially as the company plans to develop software that is compatible with other brands’ devices, such as the Spectacles Apple or Facebook.

Snap-developers are not the first to create universal solutions that try to leverage the device’s virtues. It boasts the ability to use Camera Kit, around Samsung’s carousel of lenses, which is the work of lens makers and developers, right from the ghost community on the yellow background.

Does Snap plan to build its glasses and deploy new software in the future?

– We already are with our mobile platform. We are a Snapchat app, built on Apple and Google hardware and platforms. With Camera Kit, we support AR experiences in other applications. We are also investing in our own hardware, trying to learn and understand what will work best in the new format – says Bobby Murphy.

Behind biggest limitation in the development of a given technology, not directly, although between the words you can sense that he is lack of its real, practical application. Researchers are still looking for possible, most effective ways to use it. Which, paradoxically, is not the biggest barrier at all! The creators say that the most difficult to pass are the limitations of battery, computing power and display effects on these devices.

– Today, the battery only lasts for half an hour. Maybe sometime in the not too distant future it will run for an hour, two or three hours. Then you start coming up with places, opportunities and experiences that fit the limitations of the device. We expect that there will be many opportunities for more and more people to engage with AR, even in the form of shorter or more controlled experiences, before we get to a truly consumer-ready, always-on, light AR experience – explains Snapchat’s CTO.

Creators see particular potential in using this technology for various types of events. They’ve already done several AR experiments in many different places, but the one they boast the most about is at Art Basel with Alex Israel, an internationally acclaimed global pop culture artist. At one of its exhibitions, you can use your phone to scan, which creates an additional visual experience that could be intensified by the AR glasses on your nose.

While the team struggles to find a direct application for the daily routine, yes exploration of culture and art through innovative use Technology seems like another great idea.

One can quibble about what the future holds, especially in a situation where Spectacles itself was billed as a success story, but ended up as a launching pad for something bigger, as the engineers themselves argue. Augmented reality technology it will probably surprise us again, although it is not generating as much interest as, say, related VR. As the metaverse evolves, these issues will likely be absolutely transformative, something the Mobile Trends editorial team will be following with baked faces.